Is There an Alien Coast Guard? 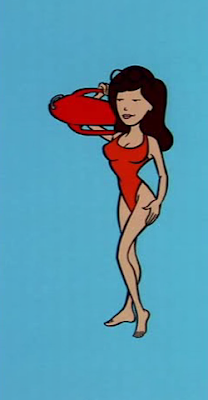 Today is also the anniversary of "The Lawndale File," which aired on this day in 1999. While no one turned out to be an alien (as far as we know), we did end on a shot of Daria and Jane that makes the swimsuit image look prudish.