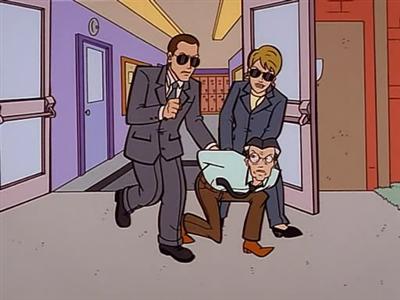 I don't think Mr. DeMartino is enjoying Citizenship Day, but that's only because Ms. Barch called INS on him again. You'd think after the first false alarm they'd be a little more discerning, and yet....

Today is also the anniversary of the Occupy Wall Street movement, which started in 2011. For a fun switcheroo on the movement, see CharlesRB's "Occupational Hazard," in which the Landons occupy Dega Street. Yes, that's right. Now go read it! 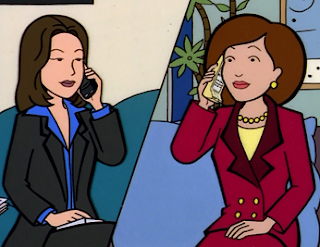 Helen and Linda are catching up for National Women's Friendship Day, and by "catching up" I mean "competing until they both want to kill each other." It's a good thing they're talking over the phone rather than in person, and not just because of the pandemic!

Today is also National Linguine Day, and Jake's going to whip up a batch of his best pasta. It's probably Trent's favorite dish, as long as it hasn't oxidized.

Mrs. Johannsen and I wish you all a great International Chocolate Day, although it's up for debate which of the two of us is a bigger fan of the sweet treat. I will admit to never turning myself into a giant chocolate bar, so I guess I forfeit.

Today is also National Peanut Day, so you can mix up your chocolate with some peanut butter! Or take a cue from Daria and sit on a peanut butter sandwich. Or listen to Trent sing about peanuts that have hijacked your brain. Totally your call! 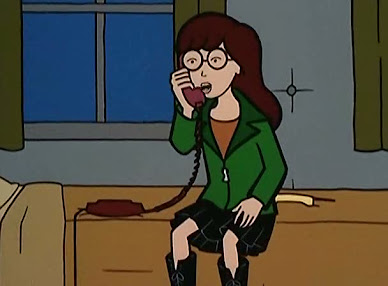 Guess She's Not Going to the Teddy Bear Picnic

Daria's not exactly thrilled about Teddy Bear Day, but I don't blame her. I've seen much cuter teddy bears than that! Try harder, bear.

Today is also the tenth (tenth?) anniversary of the start of my career as guest blogger on this very blog. TAG's coming back any day now, I'm sure of it. (waits) Any day now.... 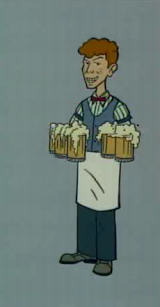 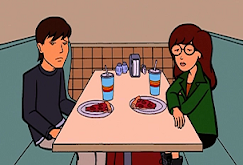 Poor Tom and Daria are super disappointed because today is Cheese Pizza Day and some thoughtless Pizza Prince employee appears to have forgotten to put cheese on their pizza. I'm not going to name any names--Artie--but I have my suspicions.

Today is also Be Late for Something Day, so be sure to celebrate that holiday tomorrow. Get it?

Economics in the City

Mrs. Bennett is either a secret Sex in the City fan or she's really, really into National Skyscraper Day. Either way, she's likely to keep her students' attention (for once) if she's going to teach dressed like that.

Also on this day in 1970, Vince Lombardi died of cancer. I have it on good authority (fine, Kevin. I have it from Kevin, okay?) that he definitely did not go to hell.

If She's Tarzan, Who's Jane?

Looks like Jane is wishing author Edgar Rice Burroughs an extra happy birthday, which he might appreciate if he hadn't been dead for 70 years. Burroughs was the creator of not only the Tarzan books, but quite a few other fantasy/adventure books. It wouldn't surprise me to find out that Upchuck is a fan.