Do Not Celebrate This Holiday Outside 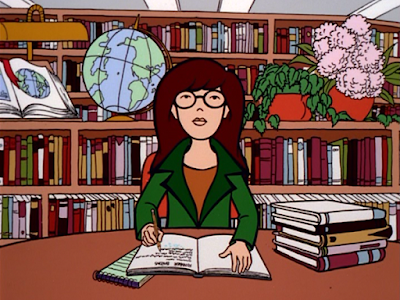 Daria is just relieved to see that the roof is still there for National Roof over Your Head Day. It's not like she can take that kind of thing for granted anymore.

Today is also the anniversary of the birth of Joseph Conrad in 1857. Conrad was the author of Heart of Darkness, which I'm sorry to tell Brittany is not a love story.