Well, That Was Easy! 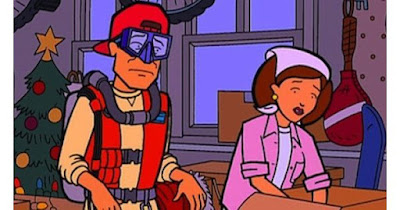 Looks like the search is already over for Look for an Evergreen Day--turns out it was in the Morgendorffers' garage the whole time. Of course, that tree is most definitely a fake, but the holiday doesn't say the evergreen has to be real, right?

Today is also the anniversary of the movie Titanic, which was released on this day in 1997. Perhaps Mr. O'Neill and Ms. Barch will recreate that iconic scene again, and with any luck they'll both fall into the water and leave the rest of us alone.