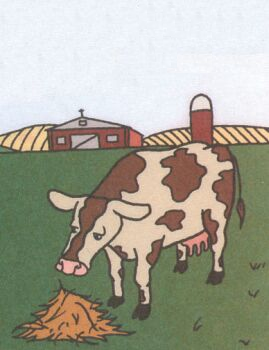 Looks like at least someone is having a pleasant Cow Appreciation Day...or at least she is until Roger the Skydiver falls on her. Poor cow.

In case that wasn't enough attention for farm animals, today is also Celebration of the Horse Day. Considering Daria has had nothing but bad experiences with horses, I think she'll be sitting this one out.

As a side note, this is the 4,000th post of this blog! Wow. That's a lot of bad jokes and fandom updates!