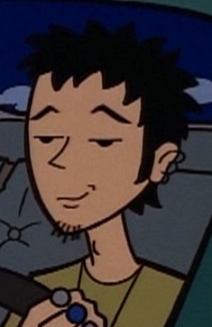 I think it goes without saying that Trent is aware that today is 4/20. Don't try to tell me that his cough is hay fever. Although, come to think of it, I hope that cough isn't anything else, either!

Today is also Volunteer Recognition Day, so let's take a minute to thank all of those people who give their time to help others. Even if Ms. Li isn't forcing them to do it.