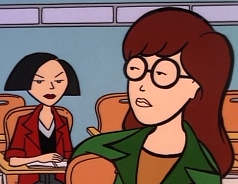 Let's revisit this important moment for Daria and Jane in honor of International Day of Friendship. Their friendship may have been a troubled one--going up against natural disasters, stolen boyfriends, and hair dye, to name a few--but it seems to have persevered all the same.

A Holiday I Can Really Get Behind!

Daria and Tom are celebrating National Milk Chocolate Day, although I think I see a few dark chocolates mixed in there. I won't hold it against them, though, and I suspect neither would Mrs. Johanssen.

I don't think there was chocolate of any kind in the episode "Speedtrapped," which aired on this day in 1999. There was a slab of not-yet-thawed cake, though. 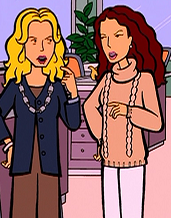 Jesse's got a big birthday surprise for Gallagher's 70th birthday, so you might want to keep a safe distance unless you like getting splattered with watermelon. I don't think I've ever seen Jesse look quite that enthusiastic about anything.

Three years ago today, the "Daria: High School Reunion" mock trailer was released to fans' delight. Sadly, no live-action film ever emerged, but we can still dream, right?

So Are Rats Just Squirrels Without Fluffy Tails? 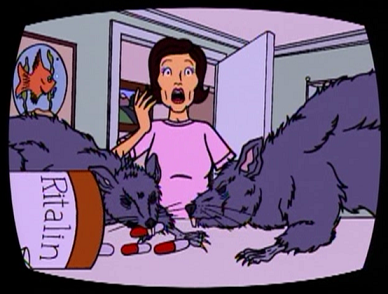 If you've got rats in your medicine cabinet, today is the ideal time to do something about it because it's Ratcatcher's Day! Or you could just call Sick, Sad World and get some free fame out of it.

Today is also Pi Approximation Day for all you (ugh!) math geeks out there. Celebrate by having some approximate pie!

Jane isn't too happy about celebrating National Lollipop Day, but doesn't she look adorable? I'm sure she'd rather be holding up a different finger right now, though, judging from the expression on her face.

I'm also sure she'd much rather be out running, particularly since today is also the anniversary of the episode "See Jane Run," which first aired on this day in 1998. I don't think we ever saw Evan again after that episode, which makes me wonder if the shame of being rejected by Jane caused him to go into self-imposed exile somewhere. Maybe he and Nathan meet up from time to time to compare sob stories. 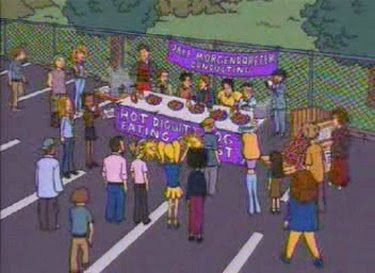 The hot dogs are all ready, and the contestants for the Hot Diggety Dog Eating Contest are just waiting for the arrival of the Oscar Mayer Wienermobile, which celebrates its 80th birthday today! I doubt Daria would be impressed by this anniversary, but Kevin just might think it's cool.

The Landons are sharing a rare moment of fun in honor of the late Ginger Rogers's birth on this day in 1911. Michele would probably appreciate the quote about how Rogers "did everything Fred Astaire did, but backwards and in high heels." 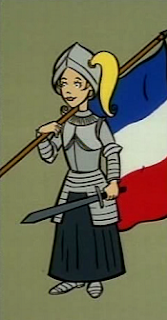 Brittany's here to celebrate Bastille Day with that lonely foreign exchange student that she'd really prefer you not tell Kevin about. Considering the grip she's got on that sword, I'd do as she asks.

We also celebrate a double episode anniversary today, with "The Teachings of Don Jake" in 1997 and "Lane Miserables" in 1999. Both episodes are notable in that we get to see rare glimpses of the Lane family beyond Jane and Trent. Not that Jane and Trent enjoyed either experience very much. 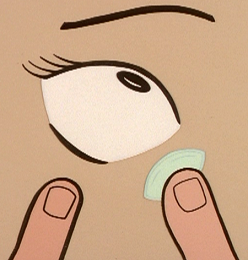 Haven't Done One of These in a While.... 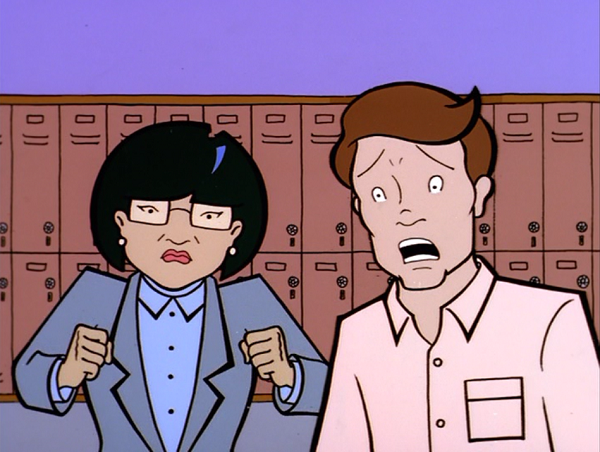 Caption this scene in the comments.

Daria is ready for Video Games Day with what I'm assuming is Cannibal Fragfest. Why not join in the fun with a video game of your own? I might recommend Daria's Inferno, but the steam tunnels in that game still haunt me. 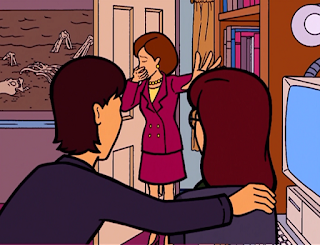 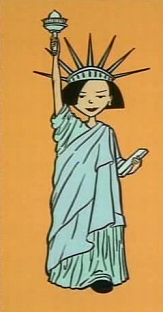 Jane's all set for Independence Day, although her arm's going to get tired if she keeps holding that pose all day. Whether or not you're in the U.S., please enjoy these Fourth of July-themed Daria fanfics.

"From outer space to in your face! Aliens walk among us!"

This is probably one of Artie's favorite holidays, World UFO Day, which commemorates the Roswell UFO incident on this day in 1947. Today would be a good day to either go to a UFO convention or seek out atomic communists from Mars. Either way, it should be fun!