* BloodyWilliam posted a new alter-ego piece, this time of Paris (from IIFY?) as Rei Ayanami from the anime Neon Genesis Evangelion.

* Breitasparrow contributed a Daria/Rage Meme piece just in time for Halloween... and judging from the comments, please view with caution, as it may induce nightmares.

* Ashk09 updated his art thread with a Daria/Doctor Who crossover, starring Daria as the Tenth Doctor, and Jane as the Doctor's second companion, Martha Jones! 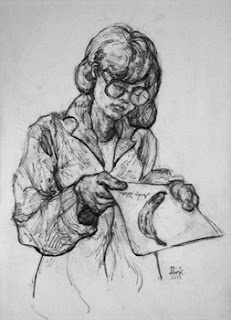 * RLobinske shared some very creative "Falling Into College" artwork by a talented artist named Drocem, which can also be found on the Dariawiki now, so be sure to check it out!

* Speaking of RLobinske, he also began a scale model project, the model being Judith as Worldburner.  Looking forward to the finished piece!

* Wassersauefer created a map for the world of "The Dale of Lawn" - keep an eye out for any changes, as the map may gain additions to it as the story goes on!

* BloodyWilliam shared another alter-ego starring Vincent Lane as Vincent Van Ghoul from "The 13 Ghosts of Scooby-Doo".

* Vlora posted a work-in-progress piece called "Overly Friendly Friends" starring Daria and Jane, and she's wondering who's interested in seeing a livestream of her art progresses.

December
(As of so far) 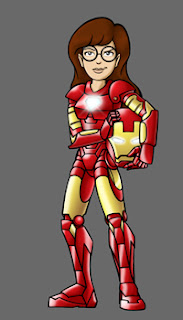 * BloodyWilliam produced a comic for PrecambrianStudios's ASPS fanfic series.  Be sure to click the link inside the link to check out the comic, by the way.

* Wouter posted some new fanart, including a work of Rogue from X-Men, as well as this comic that shows the potential dangers of shopping for cologne for that special someone...  Poor Kevin!  And most recently, he's updated his "Vacation Time With The Morgendorffers" series with its fourth installment - even Helen is astonished to see Daria in a bikini!

* Erin M. began a thread sharing some his works - and some interesting crossovers pop up, as well!

* Two more works arose from BloodyWilliam this month after the comic strip: Alison (from IIFY?) as Lum Invader from the anime/manga Urusei Yatsura, and Iron Daria, a special requested piece for SacredDust...  SO SHINY!!

Thank you for the update! :D

No problem! :D Sorry it took so long, though. XD