It's a Big Improvement from that "Greasy Fry" Poem! 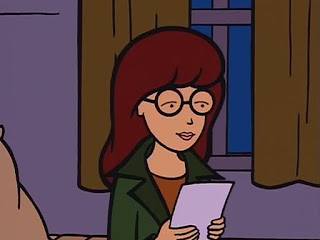 Daria is reading one of her favorite poems by Emily Dickinson, who was born on this day in 1830. We know that Ms. Barch is also a fan, although I think her admiration stems mostly from the number of X chromosomes possessed by Dickinson than anything else.