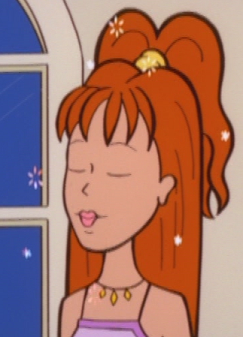 Quinn's concentrating extra hard because she wants Make your Dreams Come True Day to become a reality. Of course, it's not like Quinn's been deprived of much during her life, so perhaps she should consider that it already worked?

On second thought, I doubt that's the case, but that's just because today is also International Skeptics Day--probably one of Daria's favorite holidays! Is it me, or does this holiday really need to be on April 1st?