Sandi Had Better Watch Out 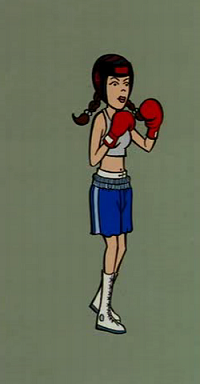 Someone needs to pull Stacy aside and let her know that although today is Boxing Day, it really doesn't have anything to do with the combat sport. Looking at her expression, though, you might want to wait until she changes out of her fighting gear.

In less violent news, today is also the first day of Kwanzaa. Apparently the Gupty family celebrates this holiday, considering they have the book "Kaneesha's First Kwanzaa" in their library. There's a fanfic waiting to happen, I think. 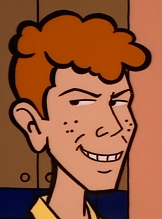