Hiking and Bread...What Could be Better? 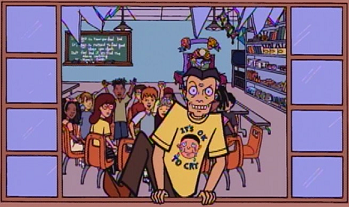 Mr. DeMartino is leading the charge for Take A Hike Day, although you can feel free to use the door when you leave on your own hike. I'm hoping DeMartino won't be bringing his cigarettes along with him, because today is also The Great American Smokeout, so he should think about quitting. If nothing else, I'm sure Mr. O'Neill would frown on smoking in front of the campers.

If you decide you'd rather stay indoors today, then you could bake a loaf of bread for Homemade Bread Day. Yes, Helen, using a bread machine counts!