Looking a Little Scruffy There, Jake! 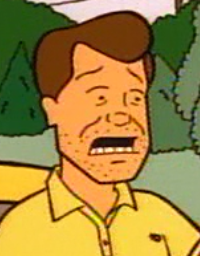 Jake has a long way to go before he can celebrate World Beard Day, but he's off to a good start. Of course, he's only got until the end of the day to fill that thing out, and it's not looking good. Cheer up, Jake! Maybe it'll be ready by this time next year!

Today is also the anniversary of Daria and Jane's appearance on the MTV Video Music Awards on this day in 1997. It was kind of a "blink and you miss it" kind of deal, but it's not like those two would have wanted much more to do with pop culture than that, anyway.