Anyone in the Mood to Fall on Your Ass in a Pile of Garbage? 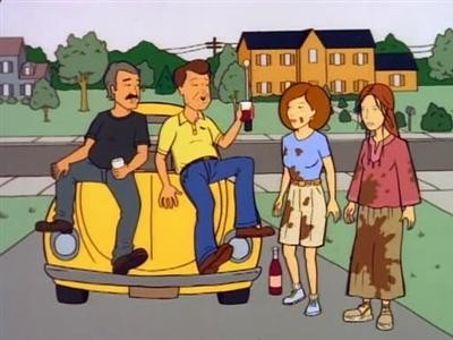 I don't think Willow and Helen are enjoying Learn About Composting Day, but Coyote and Jake are having a great time! Or at least, they were having a great time until they got several pounds of compost dumped on their heads by some very annoyed wives. Those women...always getting liberated.