Trent Should Write Him a Jingle to Cheer Him Up! 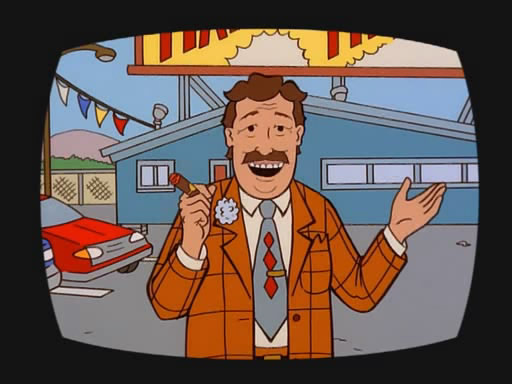 Although I hate to ruin Happy Herb's happy mood, I should point out that while today is Herb Day, the herbs in question are of the planted variety, not the shady car salesman type. Sorry, Herb!

Today is also Free Comic Book Day, and I'm sure Kevin will be lining up to get his copy of Ratboy! I know we have a handful of comic book enthusiasts in our fandom, so enjoy!