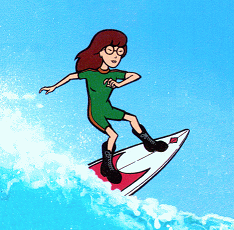 Trent looks just a little too interested there, don't he? ;-)