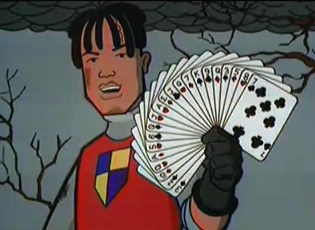 Mack's showing an impressive card-holding skill for Card Playing Day, but let's see if he's as good at playing cards as he is at fanning them out. He'd better be; I hear the Future Morgendorffers play a mean game of hearts.