Looking Back, Eleven Years Ago 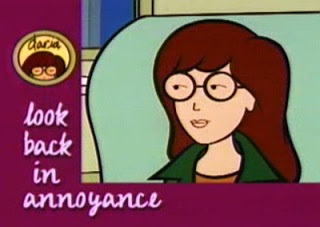 It was on this day in 2002 that the special "Look Back in Annoyance" aired on MTV. It was, in Daria's words, "a cheap-ass clip show," but we did get a few fun tidbits like Daria's fling with 'N Sync and Jane's aspirations of working at Disney.

Be sure to nominate for the 2012 Daria Fanworks Awards! Time is almost up!

Labels: anniversary, look back in annoyance, lots of new and continued fanfiction