Got Any Juicy Joes?

Snackers rejoice! Today is National Junk Food Day, and Daria and Tom are sharing some "borrowed" candy in celebration. Have some junk food of your choice today...dibs on the chocolate!

This is also a double anniversary: "The Misery Chick" and "Jake of Hearts" both aired on this day in 1997 and 1999. Tommy Sherman died and Jake had a brush with death. Just goes to show you that life is short...eat more junk food. 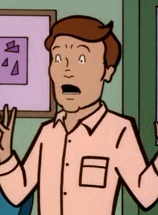 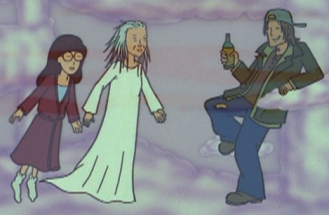 Don't forget the important contributions junk food has made in physics: The discovery of the cheezon, the twinkon and the jerkyon to name just a few.