A Significant Day for the Computer Age, Indeed 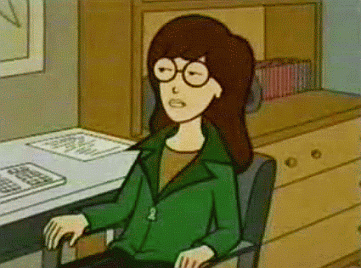 Sit back in your computer chair for a moment, ignoring the squeaky sounds, and cogitate on the following importance of this date.

141 years ago today, a man named Christopher Latham Sholes was granted a patent by the U.S. government for inventing a thing he called a "Type-Writer." Others had attempted this, but he put everything together and got it right. He went on a few years later to invent the QWERTY keyboard you are probably using right now.

97 years ago today, a man named Alan Turing was born. He is nowadays regarded by many as the father of computer science. Time magazine said of him in 1999: "The fact remains that everyone who taps at a keyboard, opening a spreadsheet or a word-processing program, is working on an incarnation of a Turing machine."

66 years ago today, a man was born named Vint Cerf. He is presented regarded by many as the father of the (capital I) Internet. He was involved in the creation of ARPANet, the Internet's predecessor, and now works for Google.

Finally, 45 years ago, Joss Whedon was born, who later went on to create Buffy the Vampire Slayer, which in time became one of the favorite, if not THE the favorite, TV show of Quinn Morgendorffer, per the episode "Speedtrapped." He also gave us the fandom term "Jossed," which has no relevance to Daria fandom now that the show is over.

What does this mean? It means.... um, wait, I went too far. Skip the part about Joss Whedon. Strike it out.

What it means is that today is VERY IMPORTANT in the history of the very item you are staring at right now. I mean the whole computer, not just the monitor. VERY IMPORTANT. Don't forget that.

Today is also the 83rd anniversary of the very first SAT test as we know it, which gave us the P-STAT that caused some distress among the Fashion Club in Is It Fall Yet? Is that cool or what?

Get a rope! Joss Whedon is society's biggest monster! Not to mention Tamara tricked Mike into naming their son after him on Randy Millholland's Something Positive! Quick, we must drive a stake through his heart before he infects the Gilmore Girls. Go damn you, goooooo! *starts up a posse* Where's Quincy Morris when you need him?

Well, except for Dollhouse. Definitely skip that.