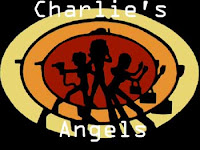 While it's doubtful that many Daria fans get into the collecting of computerized images and such for the fandom, those who do have a treat coming now. It was mentioned here a few days ago that I had found the remnants of an old Daria supersite in French, CyberDaria.com, using the WayBack Machine. The WayBack Machine breaks down almost everything ever published on the Intervet by each item's old web address and by various updates when new material was collected from websites.

I discovered a different way to reword my request for archived information and wound up with lists of stuff from CyberDaria totaling 3,000+ webpages, images, and more. The amount of material that CyberDaria's talented webmistress Karine had stashed away on that site is breathtaking. It is a tragedy that the site was discontinued in 2005. New arrivals to the fandom have no idea of the scope of some of these vanished supersites, and CyberDaria was one of the greatest. Karine had a lot of photos of friends on the site, most of which have been archived, too. 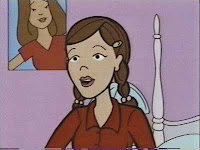 So, let's take a few minutes to see what can be recovered. I was barely able to scratch the surface. Huge numbers of screen captures are available, plus episode scripts, essays on characters, fan art, fanfiction, and a few big surprises. Remember, this is all in French, but don't let that stop you. It's pirate plunder, maties! (Sorry.)

Delve into this treasure trove yourself and see what you find. I was stunned. You will be, too.

Oh, and clicking on the images here gives you the BIG version of them. Enjoy. 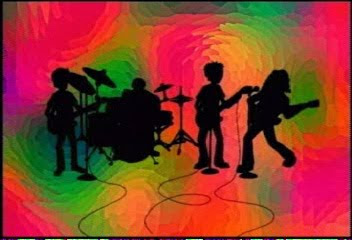 You gotta try the dress-up page for Helen and Jake. That is hysterical! :D