Ponderables to Ponder over a Cup of Java 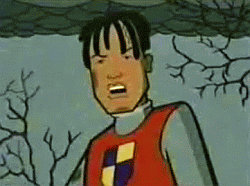 Lots going on today. First, it's the anniversary of the birth of the Singing Cowboy, Antonio DeMartino Gene Autry. Not sure if DeMartino is trying to be him, but who cares.

It's also the birthday of a piano-pounding star of rock-n-roll's early years, Jerry Lee Lewis, famed for one song in particular (turn up your speakers).

As you see at right, today also marks the start of Michaelmas, and who better than Saint Mack to represent that. Do it to it.

There's more! This is also the 462st anniversary of the birth of Miguel de Cervantes, who wrote Don Quixote. A surprising number of Daria fanfics reference this character, so Cervantes (often credited with the invention of the modern novel) is a solid part of Daria fandom's background.

Do you use ballpoint pens? You should know that today is the anniversary of the birth of the guy who invented them, László József Bíró. Argentina celebrates this event as Inventor's Day.

If you like to read banned books (and who doesn't?), this week is Banned Books Week, and you should go out and get another banned book to read before they are REALLY banned and gone. Srsly. 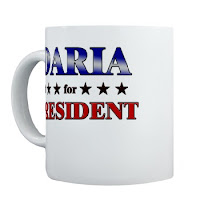 Finally, this is National Coffee Day in the U.S., and caffeine is good for you, so have another cup. And another. And another. Keep going, no problemo. Remember, a love of coffee (houses) was the root of the whole problem in "Cafe Disaffecto," and it was in "Pierce Me" that Helen Morgendorffer uttered those famous words, "I NEED MY COFFEE!" And why not try out the latest coffee fad? Go for it! Caffeine didn't hurt Ms. Li in "Fizz Ed," did it?