Another Good Reason to Go to France 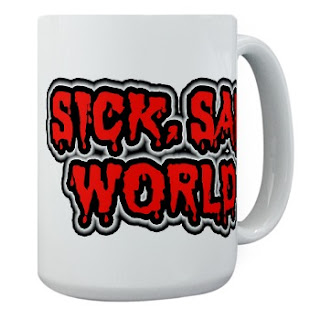 Today marks a little-known holiday celebrated in the town of Palau-de-Cerdagne, France, on the border with Spain in the Pyrenees. Xicolatada (from an Aztec/Spanish word) is a festival in which the townspeople do nothing but drink hot chocolate all day, starting at 11 a.m. I know it sounds like I am lying (I'm not this time, I swear, honest!), but here is an article in French about it, and here is a picture. (I suppose if you are going to celebrate this day from now on, you should do it in style.) This kid is an exchange student worth getting to know at Holiday Island High!

Seventy-nine years ago today, the first-ever animated cartoon done with sound and shot in Technicolor was released: "Fiddlesticks." It can be seen in its entirety on YouTube. This of course led to Daria, today, and for that we honor it.

Singer/actress Madonna turns 51 today. Kemical Reaxion did a special series of Daria fan art based on Madonna's many incarnations. "The Ten Faces of Madonna" is a marvel to behold. We also have an official MTV alter ego of Brittany as Madonna, one of Helen as Madonna, one of Ms. Li as Madonna (as someone else), etc., so you see how important Madonna is to Daria fandom.

Must have coffee mug.

The Lawndale Mall (left column) has several links to places selling them. One link is included in the article, too.

s'all good my bad- i should have specified on the ff fic- i think i put someting in the ppmb one...